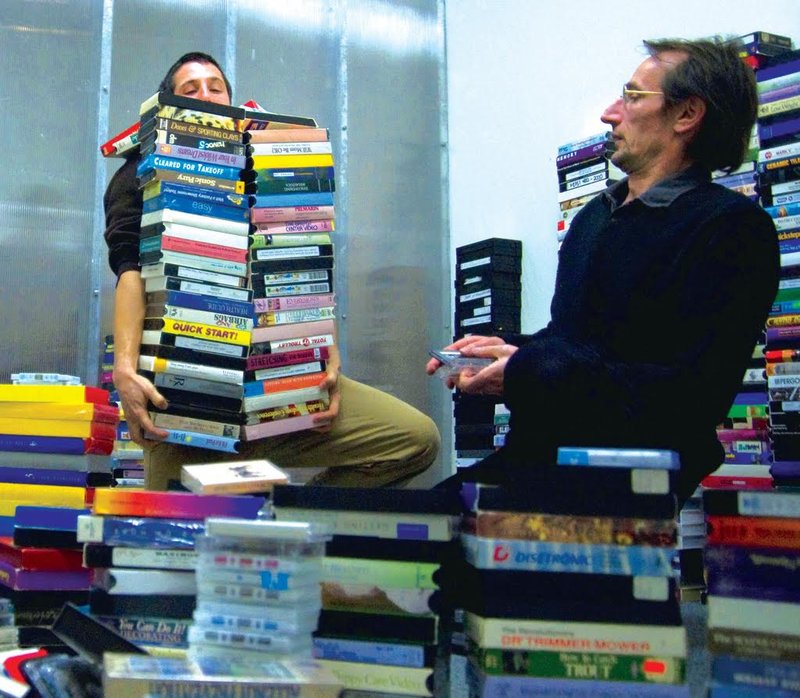 As you know by now, this month’s Record of the Month is the Books’ The Lemon of Pink. You should bring yourself over to Jeremy Larson’s incredible Liner Notes on the album; they dissect why the album is important for these times, and why patience and solitude will be rewarded if you listen to it. Seriously, go there now.

However, for people who want a couple interesting factoids about the group you can toss around with your friends when you receive your copy of The Lemon of Pink, we’ve got you covered here. Here are the seven things you need to know about the Books and The Lemon of Pink.

1. The Lemon of Pinkfeatures a mixture of live performance and samples

When The Lemon of Pinkcame out it was radical in its construction; it featured the group hauling out dozens of found sound and musical samples, and then playing their own music--and having singer Anne Doerner sing over it--to make the album. At the time, this wasn’t common; albums had been constructed piecemeal from samples before, but the blending of live instrumentation and singing to the point where you can’t tell what’s what felt brand new with Lemon of Pink.

2. The Books were lumped in with one of the weirdest genres ever; folktronica

Because humans crave classification in everything they consume, early adopters to the Books’ sound struggled for a way to describe them. Eventually, along with maybe their only contemporary, Four Tet, they got lumped into “folktronica,” named after its downtempo grooves and it’s stringed instruments. The Books would probably bristle to have their music described as that though. And to be honest, most Books songs are a genre unto themselves anyway.

3. The Books met when they lived in the same building

The Books met in a meet cute you could never write; they were both living in a building in New York when Paul De Jong invited Nick Zammuto over to his apartment for a dinner party. They bonded over their love of Shooby Taylor, the Human Horn (more on him tomorrow). The rest is art music history.

4. They credit thePitchforkreview ofThe Lemon of Pinkwith “jumpstarting” their career.

For better or worse, Pitchfork in the early-mid ‘00s yielded a great power with their reviews of indie band’s albums. A 0.0 could literally kill a career, while a Best New Music could vaunt someone from their hometown, recording albums in their kitchen, to medium sized fonts on festival lineups. The Books had every reason to expect their weird melange of sampled music conrete would not yield them choice tour dates. But Mark Richardson’s Best New Music for Lemon of Pink in 2003 is credited by the band for allowing them to tour and having a commercial career.

The Books played their first show at the Third Coast Festival in 2003, the year that Lemon of Pink came out. It took them two years to book a proper tour; they toured select citiesfor parts of 2005 and 2006. They’d tour off and on till they broke up in 2012. Both members credit touring and performing live as the reason they were able to have as long a career as they had; their records never sold enough to sustain the band off record sales alone.

6. The Books are avid crate diggers

To create their melange of sampled and live recorded music, the Books had to scour many, many record stores to find the right samples. So it’s not surprising that both members acknowledge spending a lot of time in record stores. “My biggest investment is basically buying sampling material, rummaging the 50 cent bin at the record store,” Paul de Jong told the Dallas Observer in 2011.

Here’s a bit of #deepweb Books trivia for you heads out there: “Cello Song,” a song they recorded with Swedish singer Jose Gonzalez, was featured in the opening scene of the Sandra Bullock film, The Blind Side. The movie was terrible, but it’s crazy to think a group as esoteric the Books could end up in one of the biggest feel good popcorn movies of the 2010s.

Our Album of the Month is The Lemon of Pink, by the Books. You can receive it by signing up for the club here. 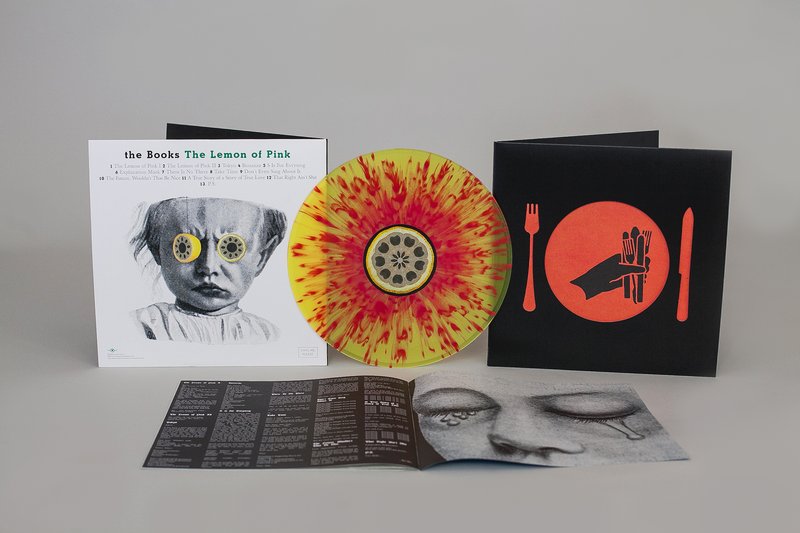 Read More Record Of The Month Album of the Month

Latest from The Magazine

Porter Robinson On His World Since ‘Worlds’